In last month’s report, “2019 Year in Review: Green Shoots Galore Heading into 2020”, we reviewed a number of the predictions we made over the course of the last year, ultimately concluding that “2019 was a year of retrenchment” and that in order to be successful in 2020, “developers must create services with strong product-market fit and intuitive user interfaces on a strong technological foundation that can accommodate heavy usage efficiently and affordably.”

In that vein, we wanted to explore three big themes that we expect to play out over the course of this year:

While many cryptoassets struggle to create compelling products with strong demand and an intuitive user experience, the granddaddy of them all has seemingly carved out its niche. Through forks, exchange hacks, massive swings in sentiment, and constant criticism from mainstream commentators, Bitcoin has remained a globally-decentralized, censorship-resistant store of value that continues to reliably crank out blocks of transactions every ten minutes. There’s a certain elegance in the (relative) simplicity of bitcoin, and its massive network effects make it the unassailable “global reserve cryptocurrency” against which all rivals are compared.

Looking ahead to the coming year, bitcoin itself is unlikely to change much. Of course, we should see some enhancements around the edges, most notably with the likely integration of Schnorr signatures and Taproot, two BIPs (Bitcoin Improvement Proposals) that will help boost the network’s efficiency, scalability, privacy and robustness. Bitcoin’s use as a medium of exchange may also grow as off-chain transaction solutions like the Lightning Network see increased usage.

Rather than changes to bitcoin itself though, the primary driver of bitcoin’s price in 2020 will be developments in the global economy and financial system writ large. As global central banks continue to experiment with untested monetary policy tools such as negative interest rates and large-scale asset purchases, the global financial system becomes increasingly unstable. The historically prolonged economic expansion and lack of meaningful inflation across the developed world has also lulled investors into a sense of complacency that could be suddenly shattered by an external shock in the coming year. We’ve speculated on possible catalysts for such a development in the past, but regardless of when it comes, bitcoin is likely to outperform amidst the next shock to the global financial system, as it has in the past, and new record highs above $20,000 could well be in play if we see such a scenario develop. 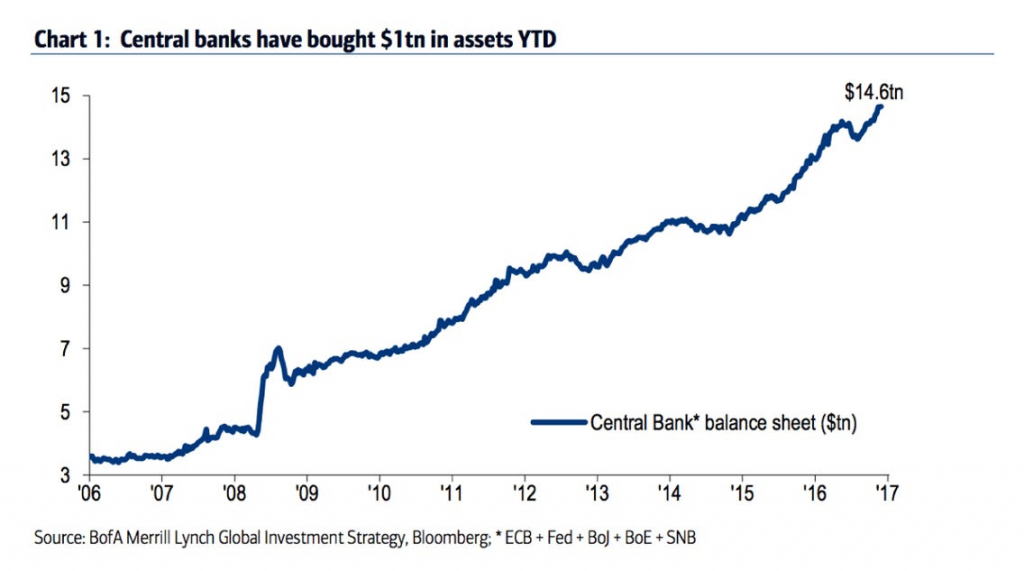 There are no two ways about it: 2020 will be an absolutely massive year for Ethereum.

The planet’s long-time #2 cryptoasset is in the midst of a multi-year transition from creator Vitalik Buterin’s self-described couple peoples’ “scrappy attempt to build the world computer” to a truly modern smart contract platform. 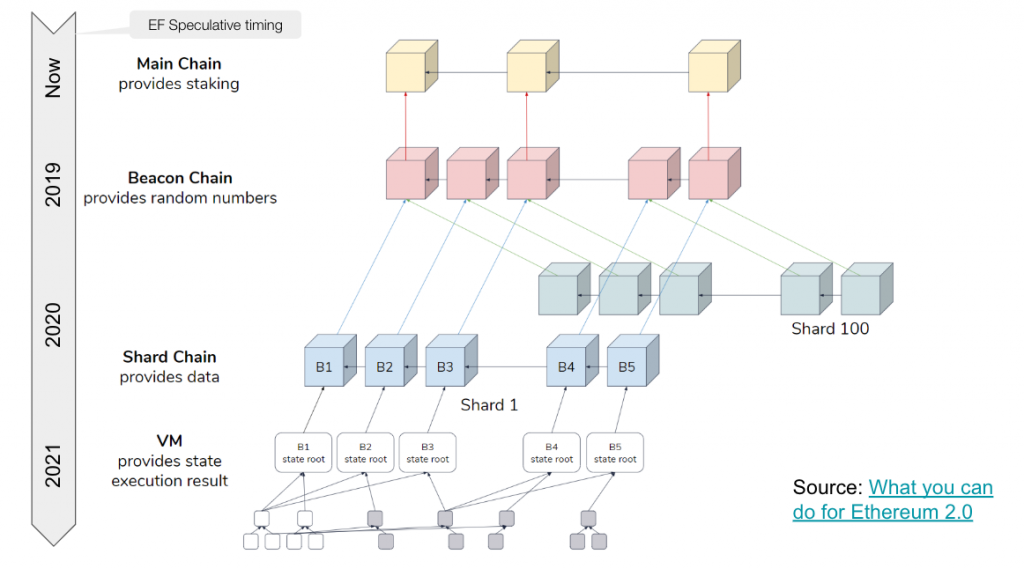 As we’ve noted before, these upgrades to the Ethereum ecosystem are absolutely necessary, but more to the point, they are a tacit acknowledgement of something that many developers already know: in its current state, Ethereum is a sinking ship. Though it was sufficient to power the 2017 “ICO Boom” and help thousands of developers raise billions of dollars, the Ethereum protocol is simply not scalable, usable, and secure enough to fulfill the needs of modern dApp users.

Though we describe Ethereum as a sinking ship, it’s worth noting that it hasn’t sunk yet. Ethereum still has a tremendous first-mover advantage over newer smart contract platforms, with a multi-year head start building developer proficiency and network effects. To extend the metaphor, the sinking ship has a ton of smart people and key infrastructure aboard, and the crew is (belatedly) trying to plug the proverbial hole in the hull as fast as possible. As we move through 2020, it is incumbent on Ethereum developers to show a sense of urgency around Ethereum’s issues, and “vote with their feet” by transitioning projects to other, more technologically-advanced blockchain ecosystems if Ethereum’s sponsors can’t right the ship.

After all that, what’s our bold prediction on Ethereum in 2020? We predict that Ethereum will once again relinquish its position as the #2 cryptoasset by market capitalization as the selloff price of ETH falls, especially in the second half of the year (though this is one prediction where we’d be happy to be proven wrong!).

Flipping the calendar to 2020, you can’t avoid hearing about the hottest buzzword in the cryptoasset space: DeFi. Short for decentralized finance, DeFi is the use of decentralized networks to transform old financial products into trustless and transparent protocols that run without intermediaries. For a global populace jaded by the massive power that megabanks wield, DeFi is an inherently compelling idea, and it’s rapid growth throughout 2019 reflects that excitement:

Like many others, we believe that DeFi is one of the most logical applications of blockchain technology, bringing transparency and efficiency to an historically opaque, cumbersome financial system. However, where we differ from the consensus is that we believe that investors may be “jumping the gun” when it comes to DeFi’s potential in 2020. 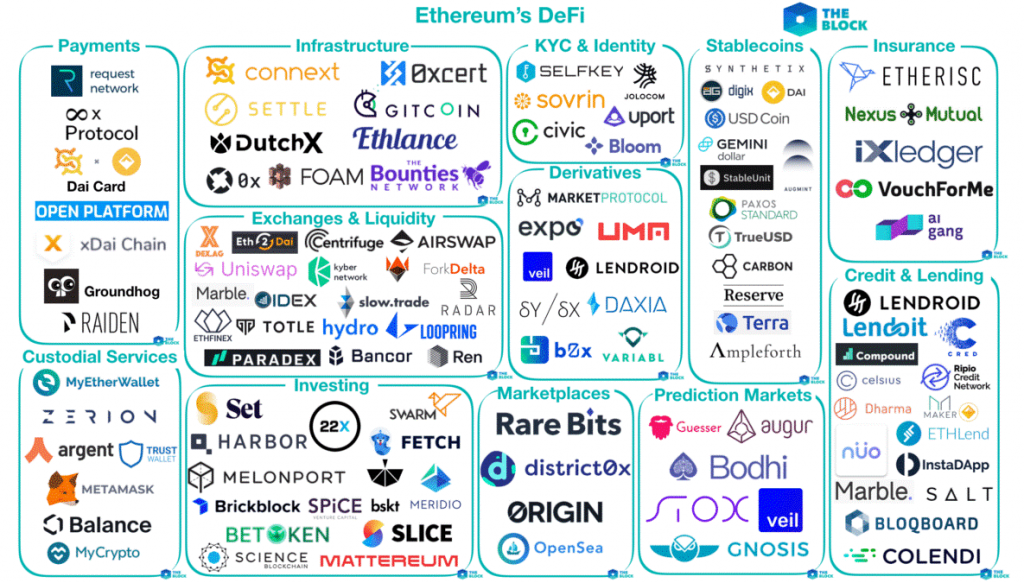 As the chart above shows, there are countless DeFi tools that promise to service all aspects of modern global citizen’s financial life. The problem? Many of these applications are early in their development, not particularly user-friendly, and/or not secure for individuals to trust with a substantial portion of their assets. While these factors will undoubtedly improve with continued development throughout the year, setbacks are also likely. Given the elevated prices and general euphoria around the place, we expect the price performance of many DeFi projects to disappoint investors in 2020, even if they ultimately fulfill their goals to revolutionize finance in the long run.

Of course, the most basic DeFi functionality is using digital currencies for payments, a space that will be critical to corporate and consumer adoption in the year to come – check back for our analysis on this space in our next report later this month!

Hopefully, like the year 2020 itself, we’ll prove to have perfect 20/20 vision and foresight with these predictions, but regardless of whether these theses play out as expected, there’s one prediction you can rely on: Blakeley will continue to provide authoritative, deep-dive research into the most compelling stories in cryptoassets and blockchain as this revolutionary technology continues to mature in months and years to come!